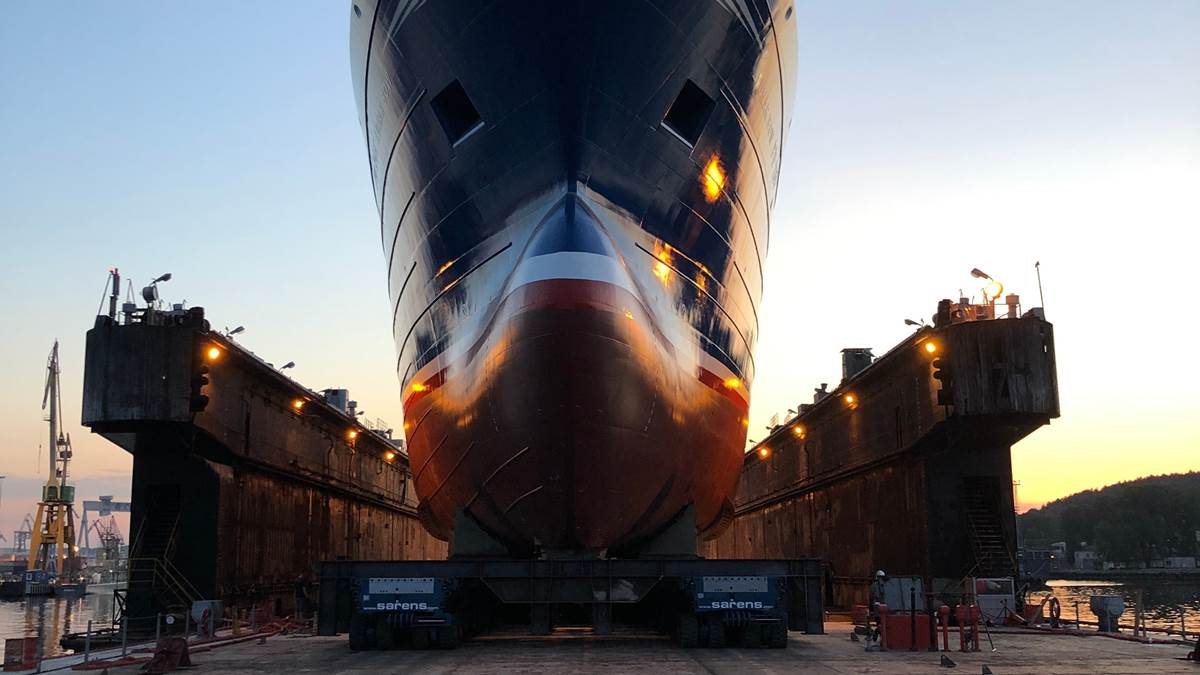 Our Gdansk based barge, UR5, in operation for transport of 1680t hull

Load out was performed end of June at the Karstensen Shipyard in Gdynia, using UR5. The ship, which is 80 meters long and weighs 1680 tonnes was transported from the quay to the barge using two rows of SPMT trailers from Sarens, each with 44 axles. After loading, the ship and the trailers were secured with use of chains and hoists, before the barge was towed over to a floating dock. The ship was transferred over to the floating dock from the barge.

It was only used the barge's own pumps during the operations.

After launching from the floating dock and assembly of the deck house, it will later be towed to Karstensens workshop in Skagen, Denmark, for completion.

Transportation of ITS structures

Transport of Cosl Rigmar to China